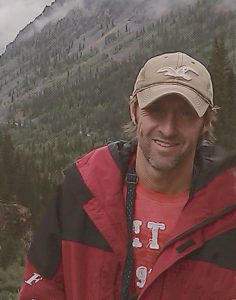 In 2005, Craig began entering his paintings in state stamp contests. He hasbeen very successful and has received several runner-up awards, as well as many First of State awards. These include: 2005 Wisconsin Great Lakes Trout Stamp, 2007 Wisconsin Inland Trout Stamp, 2008 Wisconsin Great Lakes Trout Stamp, 2008 Wisconsin Pheasant Stamp and 2009 Wisconsin Turkey Stamp. In 2009 Craig won the Colorado Waterfowl Stamp contest with his depiction of a pair of Barrow’s Golden-eyes, and also won the 2010 Wisconsin Inland Trout Stamp and the 2010 Wisconsin Waterfowl Stamp, which completed his goal of winning all five Wisconsin contests at least once. Most recently Craig won the 2013 Wisconsin Turkey Stamp and the 2013 Wisconsin Pheasant Stamp, and also runner-up the in 2015 and 2017 Wyoming Conservation Stamp contests. In 2015, Craig connected with Musky Hunter Magazine to do illustrations for their cover. Musky fishing has been a passion for Craig for many years, so the opportunity to showcase his art on the world’s premier musky magazine was a thrill. Craig’s ultimate goal is to teach art. He recently graduated from Ashford University of Iowa with a Bachelor’s degree in social science with an education concentration. H